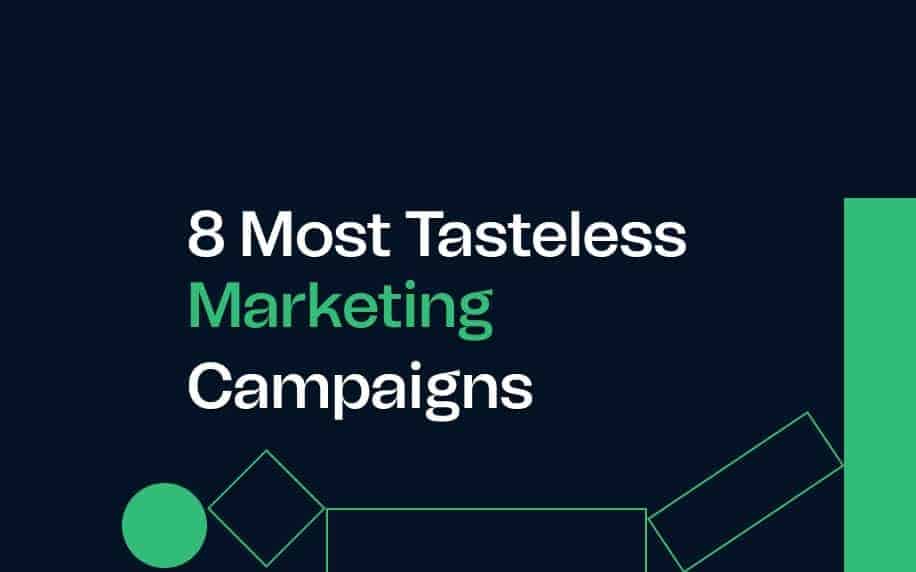 Every day we are exposed to advertisements through the television we watch, the billboards we walk past or the commercials we hear on the radio. Some marketing campaigns are incredibly powerful, moving people to tears. Others, not so much. There have been plenty of tasteless marketing campaigns that have missed the mark and caused damage to the reputation of the brand they are serving.

Looking at adverts in retrospect is one thing, but some companies have been downright offensive and insensitive to the consumers who buy their products. Taking notes from these mistakes ensures that your brand or business does not commit the same offences and creates meaningful and relevant marketing campaigns. We’ve compiled seven of the most tasteless marketing campaigns for you to learn from.

‘Satan Shoes’ were dropped by MSCHF on Monday the 29th of March 2021 to coincide with the launch of Lil Nas X’s new single Montero (Call Me By Your Name). Releasing only 666 pairs, the shoes were made from modified Nike Air Max 97s which sold out in less than a minute being priced at $1,018 per pair.

The shoe has caused much controversy as it features an inverted cross, a pentagram, and the words ‘Luke 10:18’ which reads “I saw Satan fall like lightning from heaven”. They also contain a drop of real human blood in the soles. Naturally, this has caused much anger within religious communities.

Nike has been scrambling to retain their image as they are suffering much criticism from those who don’t realise this isn’t a Nike endorsed campaign. Nike has sued MSCHF for trademark infringement citing the use of the famous ‘swoosh’ could confuse consumers and has already led to public outcry.

This controversial product is considered to have been a tasteless marketing campaign by many fundamentalist Christians. One thing is certain: Lil Nas X has major publicity for his new single.

The advert was meant to show a black, ‘dub’ poet who was rhyming about the benefits of Trident gum in what appears to be a comedy club. This would have been fine on its own but the advert seemed to rely on some incredibly offensive stereotypes of Caribbean culture with the man rhyming in a strong Jamaican accent.

Cadbury came under scrutiny as it appeared that they were mocking Caribbean people and their culture. The Advertising Standard’s Authority or ASA ruled that the advert wouldn’t be shown again after its original release.

The bold, bright yellow advertisement of Protein World’s ‘Are You Beach Body Ready?’ was loud and hard to ignore. Considered a tasteless marketing campaign, the advert caused much controversy for Protein World for body-shaming women.

In an incredible statistic found in a survey done by One Pulse, 61% of women who saw the advertisement were meant to feel ashamed of their own bodies. The ASA banned the advert over its misleading health claims with the London mayor Sadiq Khan banning it from the Underground for its unrealistic depiction of women. Carlsberg went on to parody the ad and the skyscraper-sized version was removed from Times Square was swiftly removed for its body-shaming properties – a true content marketing mistake.

McDonald’s is the fourth most popular dining brand globally but also has the luxury of the drive-thru. In fact, over 70% of McDonald’s business operates this way, which has meant it has been fairly pandemic proof.

After COVID-19 shook the world, McDonald’s Brazil redesigned their logo to separate the now-iconic golden arches that make the ‘m’. This was meant to represent people staying apart and staying at home. The campaign ran under the #staysafebystayingapart.

Many consumers found this move to be disingenuous and exploitative, especially considering McDonald’s continued with operations due to their set-up whereas smaller business owners were having, in some cases, to close up their businesses for good. An unpopular advert that simply didn’t live up to expectations, it might have had a good concept but the tone was lost in translation. The campaign was replaced with a promotion for delivery and drive-thru options.

In a move considered incredibly tone-deaf, Norwegian Cruise Line ran their first advert from March of 2020 under the tagline ‘It’s Time to Break Free’. Taken from the song ‘I want to Break Free’, the advert was meant to convey hope for the future by looking past the confinements of 2020 and into a bright and exciting future.

While the ethos of reconnecting with people and places seems commendable, the public had experienced a year of much loss and heartache, and the advert seemed to negate the death that had occurred and the sacrifices the public had made to keep each other safe.

Ran the week of Black Friday in November 2020, the advert ran across radio, print, digital, and television. This poorly-timed campaign was considered in poor taste and a really terrible marketing effort. They may rethink their content marketing strategy for 2021. 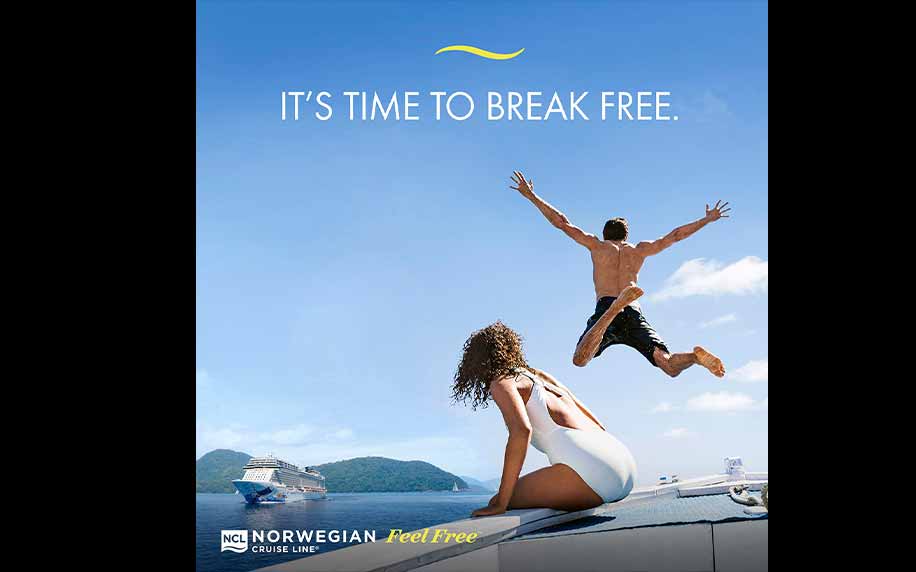 Keeping with the tourism theme, another tasteless marketing campaign that launched in 2020 was Ryanair’s ‘Jab and Go’ campaign. Considered deeply irresponsible, the advert received over 2,370 complaints to the ASA – the third most complained about advert of all time.

The theme of the advert was to encourage people to book their summer holidays once receiving their vaccinations against the coronavirus. Considered to trivialise the effects of COVID-19 and to be too rash in making claims that people could travel unaffected by the coronavirus in the summer, it seemed to ignore the restrictions and measures that were already in place.

The ASA ruled that the advert be removed and the whole campaign was derailed after featuring heavy criticism on social media. We can hope that Ryanair will compile a new social media strategy for the new year.

Racist, offensive, and lacking in empathy Groupon’s 2011 commercial for the Superbowl is considered one of the most tasteless marketing campaigns of all time. Groupon spent $2 million dollars on a terrible depiction of the political unrest in Tibet.

The advert featured Oscar-winner Timothy Hutton as he sat down to eat a cheap, Tibetan curry, made possible by Groupon. While Tibet was experiencing civil unrest and harsh treatment from China, the advert gleefully acknowledges that but centres in on how good their fish curry is.

Hopefully, Groupon has learned not to take advantage of sensitive, cultural situations and tailor their ads to reflect less on the current political climate of certain countries.

Of all the organisations to cause offence, the one you would least expect is the World Wildlife Fund or WWF. In 2009, they ran an advertising campaign that caused great offence to those who saw it, comparing the Asian Tsunami to the 9/11 attacks.

Created by DDB Brazil’s office, the strategy was to highlight the scale of loss in the 2004 Asian tsunami which was triggered by climate change. The campaign showed dozens of planes about to hit skyscrapers on the New York skyline.

This attack profoundly affected the American public and, indeed, the world, so it seemed unnecessary and rather shallow to compare the loss of life. DDB apologised and removed the advert claiming that it was mistakenly approved and it was pitched by inexperienced professionals.

There are certainly other ways to highlight climate change and the impact it can have on the world without going head to head with other tragedies that lead to the loss of human life.

Creating advertising campaigns with structure and poise can be difficult, and reaching out to an audience with empathy requires skill. These seven marketing campaigns that we have highlighted have negated how to truly deliver thoughtful and touching work that encourages audience engagement with a brand or service.

Learning from these mistakes will help you prevent the same issues from happening within your own campaigns. Creating marketing campaigns requires creative thinking, technical knowledge, and an understanding of markets. If you would like any help with future marketing campaigns, get in touch with ProfileTree today.